AirDrain can help maintain natural turf even during a Drought!

END_OF_DOCUMENT_TOKEN_TO_BE_REPLACED 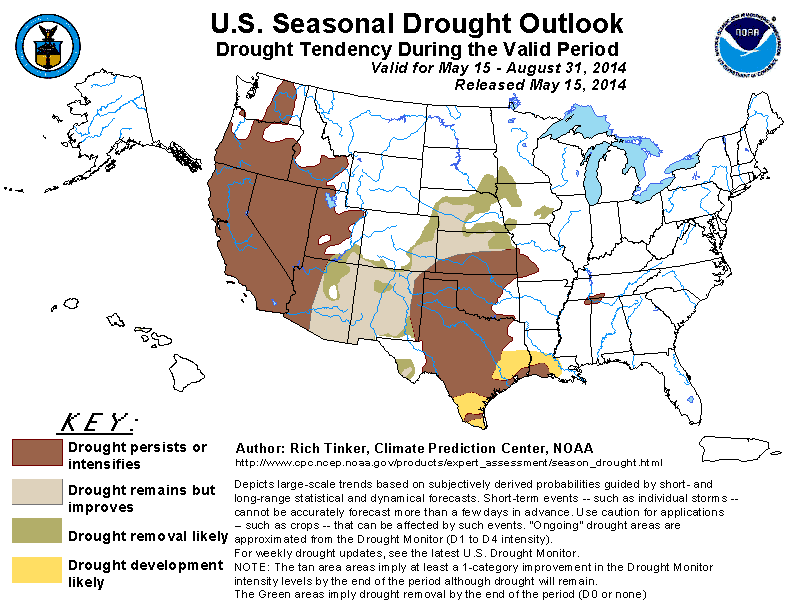 AirDrain Agronomic Drainage Natural Turf System can save you up to 40% on irrigation!!

Contact AirField Systems to find out how the AirDrain Agronomic Drainage Natural Turf System sand based profile, can help you maintain your natural turf even during a drought be creating our own perched water table that can reduce help the frequency of irrigation. No other system is as easily flushed in a high salt content profile.

Latest Seasonal Assessment – As of May 13, 2014, drought covered approximately 38 percent of the contiguous 48 states, according to the U. S. Drought Monitor. This number has not changed much since late January. However, the area affected by extreme or exceptional drought (D3 or D4) has expanded from about 10 percent of the contiguous states in mid-April to 14 percent in mid-May. Most of the deterioration occurred in the southern half of the Plains before mid-May rains halted deterioration in the southeastern half of Texas and adjacent parts of Oklahoma and Louisiana. Most of the Texas and Oklahoma Panhandles, northeastern New Mexico, and southwestern Kansas received only a few tenths of an inch of rain from mid-April to mid-May, when precipitation is usually on the increase in this region. To the north and west of the central Plains, only a few scattered areas experienced worsening drought, but improved conditions were limited to parts of the northern and eastern tiers of the broad drought area in the central and western states. Alaska, Hawaii, Puerto Rico, and areas east of the Mississippi River remained almost entirely drought free, except for small areas in the upper Southeast and on central Molokai Island in Hawaii.

The drought outlook valid from May 15 to August 31, 2014 is based primarily on initial conditions, medium- and long-range forecasts, and climatology. Persistence is highly probable along the West Coast and in the Intermountain West, where summer is a relatively dry time of year and both surface and subsoil moisture almost always decline. Persistence is also forecast, though with less confidence, from southern Kansas southward through the High Plains of New Mexico and all but westernmost Texas, including the broad area of exceptional drought over and near the Texas and Oklahoma Panhandles. Drought is forecast to expand into the remainder of far southern Texas, much of southeastern Texas, and the southwestern quarter of Louisiana by the end of summer. At least mild dryness exists across these regions as of mid-May, and there are significantly enhanced chances for a drier than normal summer in the Seasonal Outlook. In contrast, drought improvement or removal is forecast from central Kansas northward into the northern Plains, where forecasts from late May onward generally favor above-normal precipitation. Also, improvement or removal is expected in the southern Rockies, but likely not until seasonal monsoon rains begin in late July or August. Summer is a relatively wet time of year in the southern Rockies, throughout the High Plains, and in the central and northern Great Plains, so there is the potential for substantial drought improvement in these areas if above-normal rainfall is recorded. Typically, between 40 and 50 percent of each year’s rainfall occurs during June – August from the southern Rockies and the Big Bend of Texas northeastward through the Dakotas and Minnesota.